John Snow and What If

In 1854 in Soho, London there was a cholera outbreak. At the time, cholera was believed to be the result of either God’s will or bad air. There was one man, John Snow, a local physician, who didn’t believe either of those causes.

Snow postulated that the source of cholera might be contaminated water. Although everyone believed he was crazy, he charted all the known cases of cholera in Soho and found the lion’s share to be right near a pump. Since no one supported his hypothesis, he took matters into his own hands and stole the handle to the pump, rendering the water supply there useless. Sure enough, the reported cases of cholera plummeted.

Snow asked, “What if it isn’t God’s will or bad air?” “What if” is a great question. What would you like to be different in your life? What circumstances do you find yourself in that you wish were different? Why not try Snow’s approach. Spend a few minutes applying this question to an area of your life that you want to change. What if…?

Do you know the three things you are never supposed to talk about? Religion, politics, and money! Well, I always...

I went for a walk the other day and I stopped to watch these geese. For a while they were all together in the river... 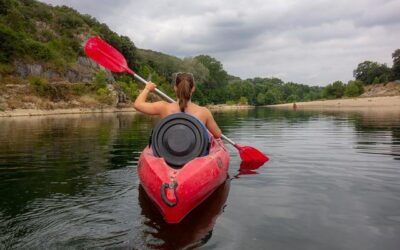