I was watching a documentary about Coach Dawn Staley, the head coach of the women’s basketball team at the University of South Carolina. I only know of Coach Staley from a friend of mine who played for her a number of years ago and could not say enough nice things about this amazing coach. In addition to coaching, she is an American basketball Hall of Fame player who played in the WNBA and at UVA, she’s a three-time Olympic gold medalist, and she carried the United States flag at the opening ceremony of the 2004 Summer Olympics. Her resume is full.

Staley delivered so many brilliant and inspirational words of wisdom during this 45-minute documentary. One of her favorite quotes, which is permanently posted over a doorway at U of SC is, “Delayed not denied.” In 1992, Staley ended her college career with a one-point loss to Stanford in the NCAA Championship game. She held onto that loss for a long time until she realized the damage it was doing to her. Now, she teaches her players her 24-hour rule: win or lose, after 24 hours, let it go.

25 years later, she went on to win the NCAA Women’s Basketball Championship as a coach. Delayed not denied. This may all sound like it does not apply to you or me, that we aren’t in the same “league” as Staley, but that’s not true. She goes on to say, “We are the same, you and me. Preparation, hard work, and execution is what is needed. You can’t speed it up or slow it down. Be patient.” Today, think about what you want that seems as though it has been denied. Are you willing to stick with it, put in the hard work, and execute? It’s right there, waiting for us to NOT QUIT! 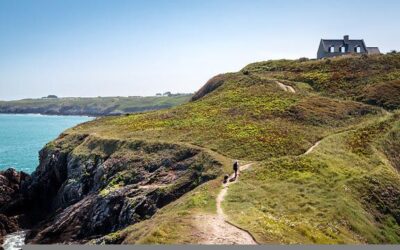 Yesterday morning, I went for a walk. It wasn't until I was almost home that I had a revelation. My elevator ride down...

Yesterday, after a long walk with our daughter, we arrived home to our other two daughters staring at our stack of...